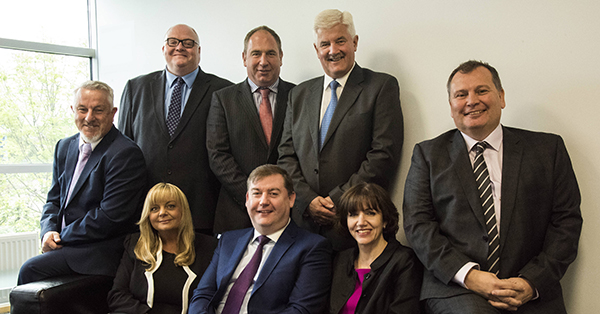 Award-winning logistics company Pallet-Track continues to break industry records as it celebrates achieving more than a 1500 per cent increase in business growth in its 15th anniversary year.

The Wolverhampton-based business, which celebrated the milestone On January 31, moved 852 pallets on its first night from its first hub in Woden Road, Wednesbury, a record that was beyond all expectations and one that still holds for a first night of trading.

But today, the business which moved almost 3.5 million pallets in 2018,  is averaging 14,500 pallets a night from its 267,000 sq ft hub in Millfields Road, Wolverhampton and smaller mirror facilities in Welwyn Garden City, Glasgow and Greater Manchester – a 1,543 per cent increase over 15 years.

Also, during that time, Pallet-Track, which won the growth accolade at the 2018 Logistics Awards and was showcased as one of the UK’s fastest growing companies in the Sunday Times Fast Track annual listing, has moved more than 25 million pallets, compared to less than one million when it opened for business in 2004.

Half of that accelerated growth has been since 2013 when the UK was emerging from recession.

Locally, last year Pallet-Track secured the highest accolade of Business of the Year at the Express & Star Business Awards and, in January 2019, headed the pack of the 50 fastest growing companies in the Black Country that have contributed a staggering £2.3 bn in revenues to the region in the last financial year, according to the Black Country Growth Barometer produced by international accountancy and professional services firm BDO.

Founder and managing director Nigel Parkes said: “Looking back at those early years, it took two long years of ‘hard graft’ before we were up and running, but we have now moved more than 1,500 per cent more pallets than we did on day one, achieving constant year on year growth ever since, as well as breaking industry records along the way – it has been a great journey so far.

“For those first two years we watched every penny and although we had secured investment from our network members, I had promised that if the business did not succeed I would refund the then 46 shareholders every penny they had invested – so we simply did not touch that money.”

The business took off with double-digit growth year on year between January 2004 and 2009 – and it only slowed down to single digit because the recession took hold of the economy.

In 2012 Pallet-Track broke through the 9,000 pallets in a single evening barrier.

The network currently boasts nearly 90 member businesses across the UK and employs 1,800 staff that are directly involved in Pallet-Track freight operations.

“To me the business has always been more than just about making money. I always wanted to be a good employer and we have a great track record of more than 90 per cent employee retention. It is about making a difference to industry, doing things the right way and working collaboratively to bring your people on,” added Parkes.

“Although the market has changed, which has meant adjusting our business, we have maintained our core values and we do things in a socially responsible manner whilst ensuring the profitability of the business – this is hardwired into the DNA of the company.”