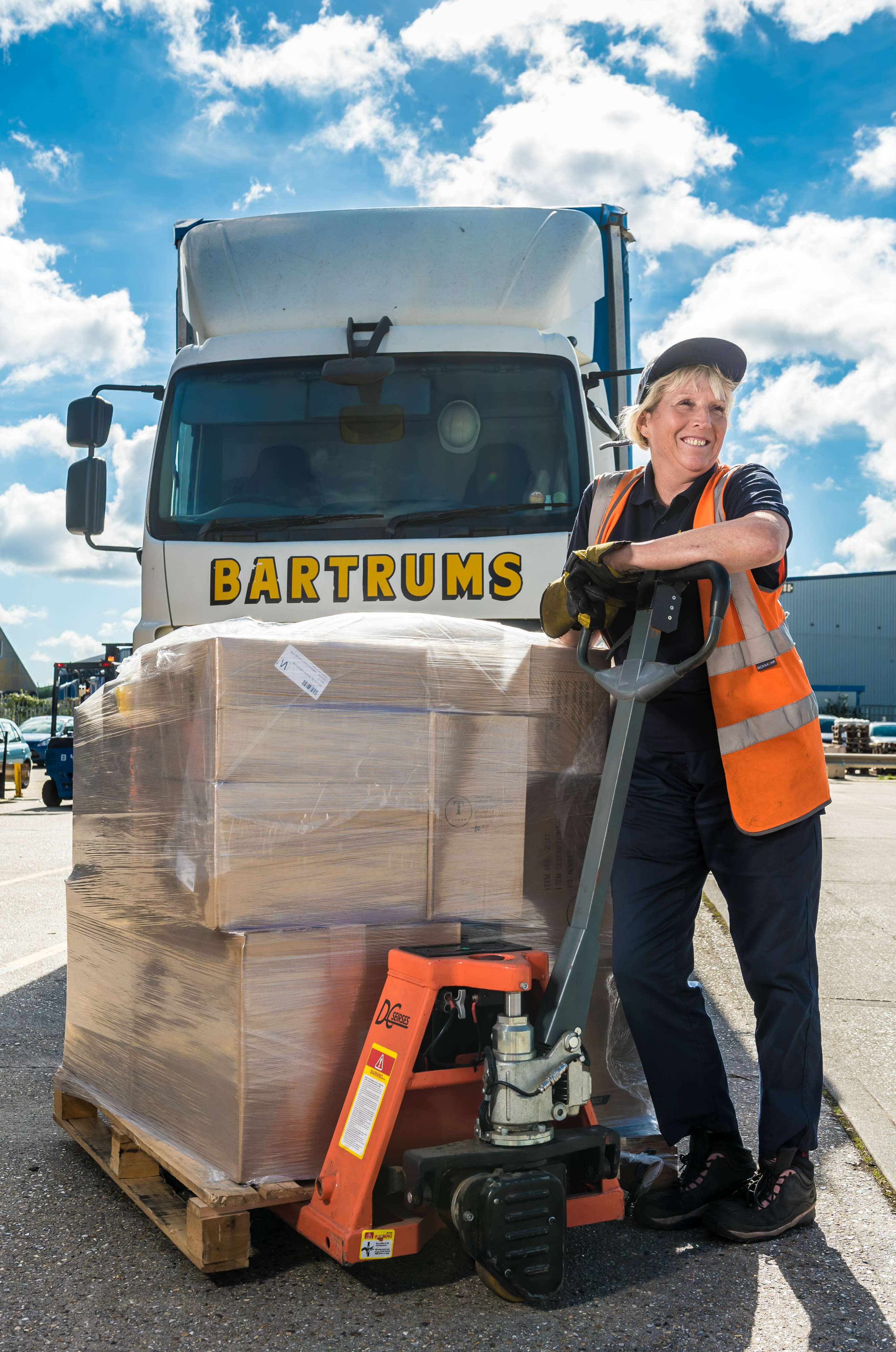 A Suffolk haulage business has lifted its game when it comes to recruiting and retaining drivers in an industry plagued by skill shortages.

One of the first members of the Pallet-Track network 14 years ago, Bartrums has focussed on the busy Suffolk, Norfolk and Cambridgeshire postcodes, which are heavy consumers of large agricultural products including animal feed and bags of fertilizer.

There are currently 50,000 HGV vacancies across the logistics sector, where the average age of a driver is 53 – and the problem is likely to get worse as more drivers retire.

Managing director Robert Bartrum is proving the investment is already paying dividends as he has been able to recruit female drivers in what has been a male dominated industry, as well as reduce absenteeism caused by strain injuries.

“It is great for retaining older staff who may not be as agile as they used to be and want to avoid injuries and also reaching out to women drivers who are a great untapped resource for growing businesses like ours,” he said.

In July, Bartrums, based on a 15-acre site in Eye, Suffolk, successfully recruited Wendy Lewis, a former prison guard from Great Glemham, Saxmundham, as a driver and the company has since interviewed a second female for a position.

“We are delighted to welcome Wendy to the business – she has settled in really well.  The lift trucks allow us to recruit more women and will help retain staff and reduce incidence of the kinds of strains that can lead to absenteeism for any business – it’s a win-win,” said Robert.

Wendy, who has just secured her HGV level 1 certificate, said: “I love this job. It’s great compared to the prison service. I regularly move a tonne of fertilizer bags and other weighty items using this lift truck on and off of the vehicle – it does not feel heavy at all. I think this will be a bonus for the business bringing more women into the profession.”

A keen show-jumper, she added: “I compete most weekends so need to maintain my fitness. These trucks will help in reducing my chances of picking up an injury.”

Founder and managing director of Pallet-Track, Nigel Parkes, said: “Robert and his team are founding members of the Pallet-Track network and we are fully behind any initiative that helps to recruit and retain drivers, as well as support the all-important health and safety of personnel working across this industry.”