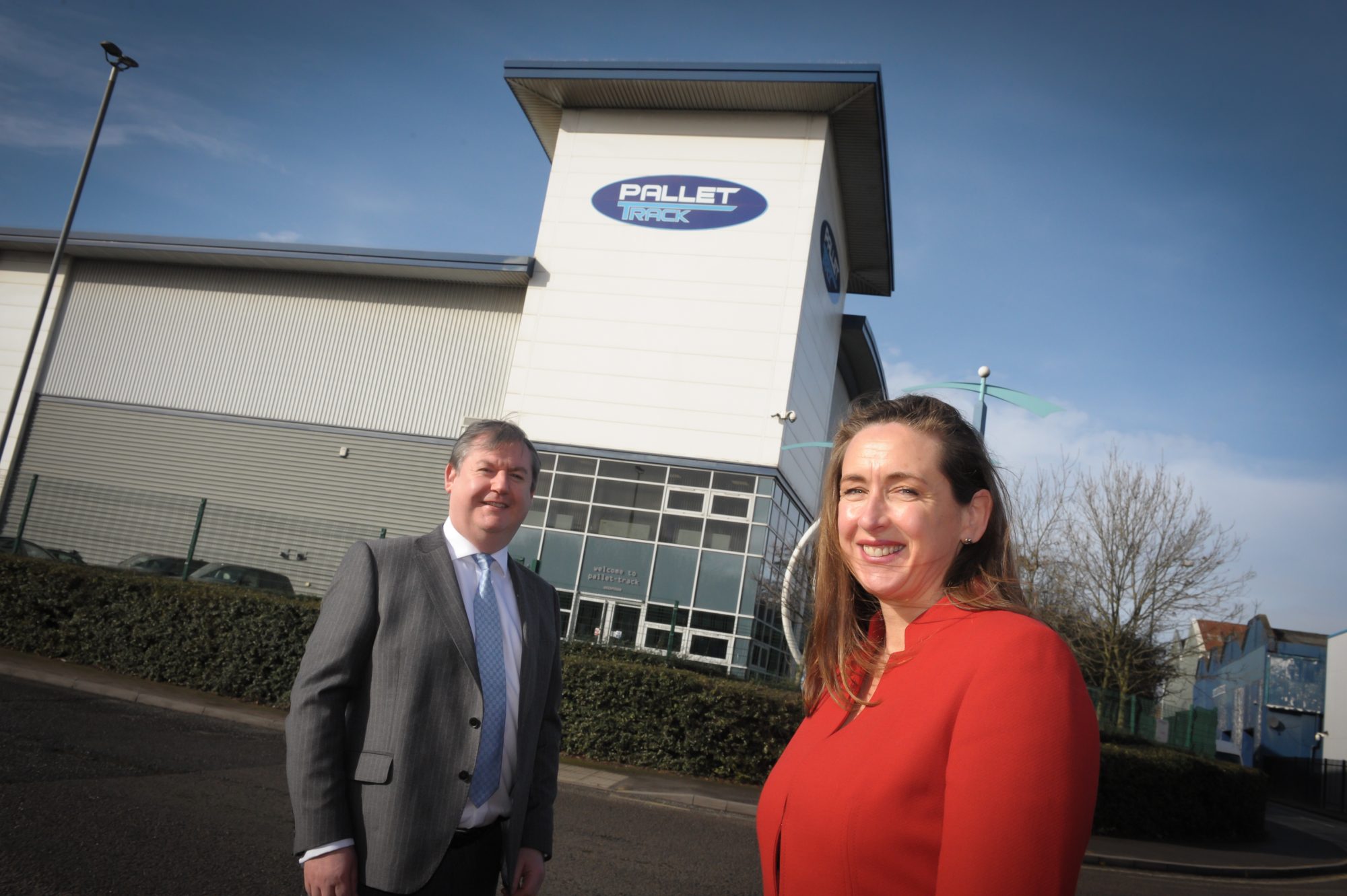 There is a changing of the guard at one of the UK’s leading pallet networks, as Pallet-Track announces the appointment of Caroline Green MBE as its new chief executive officer (CEO).

Caroline, who was appointed as Pallet-Track’s chief financial officer (CFO) in September 2020, will replace Nigel Parkes, the founder and managing director who is stepping down from the board after 19 years at the helm.

Nigel, will remain a significant shareholder of the business and takes a seat on the board of parent company, Palman.

Continuing in the managing director post for two years following Private Equity firm TPA Captial’s investment into the company, Nigel, 50, along with the board, had already begun the process of looking for a successor.

“I knew I was going to step back from the day-to-day running of the business and we were going into the market to recruit a replacement for me,” he said.

“However, working with Caroline from the autumn of last year, I soon realised that she was bringing a new fresh perspective to the business as CFO – she is so enthusiastic and a breath of fresh air, so the board and I asked her if she would consider taking on the CEO role and I’m delighted to say that she accepted.

“From a personal point of view, leaving Pallet-Track was always going to be a big step for me, but I know I can now stand down knowing the business is in very good hands going forward.”

He said Caroline, who takes up her position from April 2021, shares his approach to the business in terms of drive and enthusiasm and the ‘old-fashioned’ ethic of putting people before profit.

Caroline said: “This is a bittersweet moment for me – I am extremely honoured and excited to be taking Pallet-Track forward, but unfortunately, it will be without Nigel day to day – these are very big shoes to fill.”

A hands-on operator, Caroline, who lives in Bromsgrove with her husband and daughter, will be quick to build on the business’s strong reputation for the next stage of Pallet-Track’s success, a step-by-step journey she will take with the loyal team and the 84 shareholder members.

With a wide-ranging background across a number of sectors, Caroline, who began her career in the supply chain of global copying giant Xerox, joined Pallet-Track from ReBound Returns where she was chief operating and finance officer.

Caroline has also served as a non-executive director at the British Business Bank PLC, a government-backed initiative to support small to medium sized enterprises, initially as an appointee of Vince Cable, the then business secretary in David Cameron’s coalition administration.

“Nigel has built a business on very firm foundations, maintaining a strong growth trajectory throughout the last 19 years even through some difficult economic circumstances including the financial crash in 2008 and the current pandemic. These have all been challenges – and there will undoubtedly be more uncertainty in the future – but we look ahead from a position of strength because we have invested in the people and proven processes that will see Pallet-Track continue to grow,” she added.

Pallet-Track launched in Woden Road, Wednesbury in January 2004 and moved 852 pallets on its first night of operation. Today, with a 267,000 sq ft central hub in Millfields Road, Wolverhampton, a southern hub in Welwyn Garden City and a northern hub in Wigan, Greater Manchester, tranships in excess of 18,000 pallets per day and has never lost a single consignment since trading began.