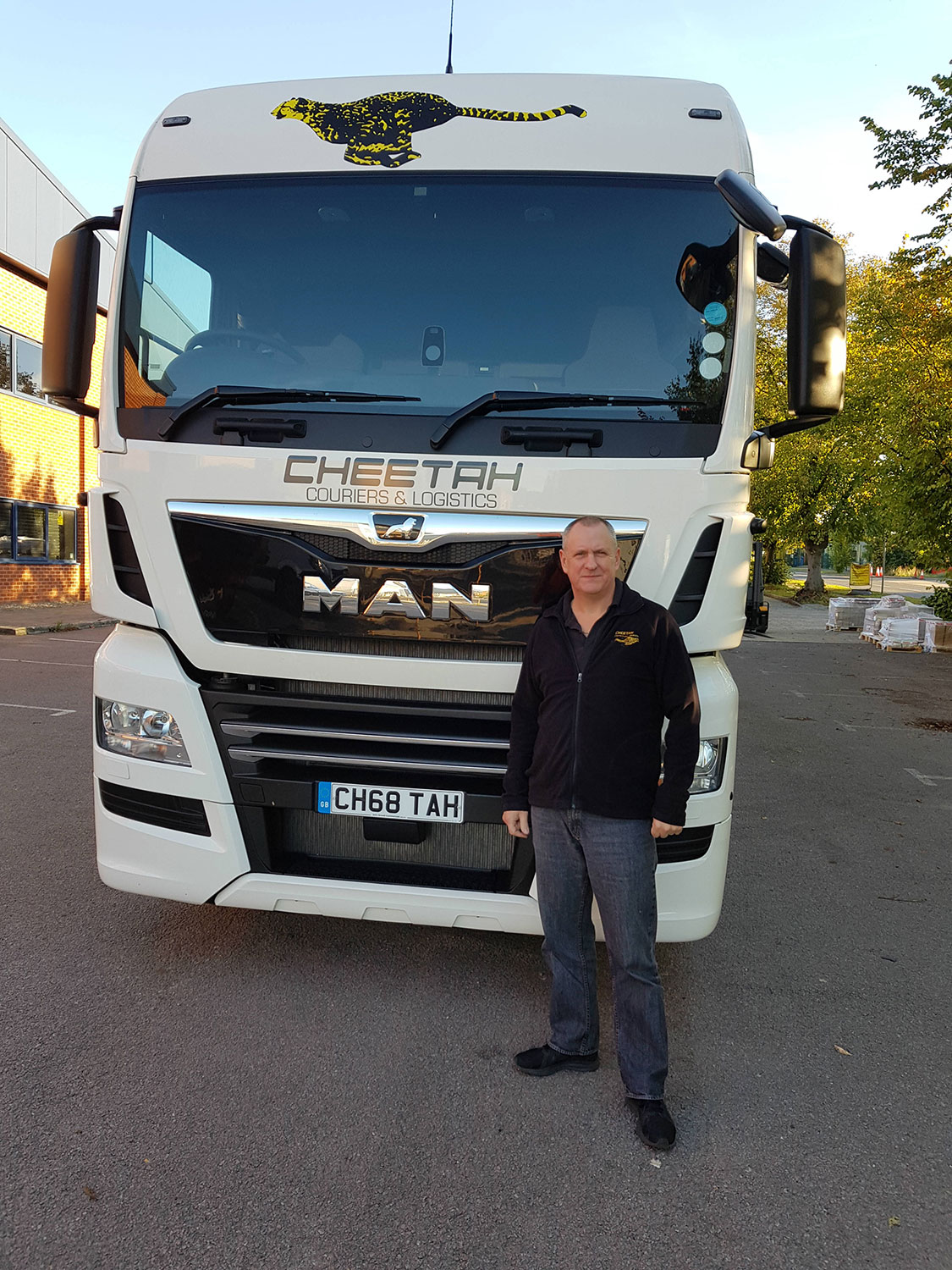 The full-service logistics company, established more than 40 years ago by John and Sue Pritchard, secured the second highest quality standards in the sector in September.

Hemel Hempstead-based Cheetah only secured FORS Bronze, the entry-level to the voluntary recognition sector benchmark, at the end of 2017, after a significant investment in quality systems across the business.

To achieve silver recognition Cheetah, a member of the Pallet-Track network for more than a decade, had to demonstrate its driver licence-checking protocols and its fleet of more than 20 vehicles over 3.5 tonnes were all equipped with camera technology.

The £5,000 per vehicle investment represents the highest-ever road specification kit for vulnerable road users which also includes a fifth camera on the driver’s side to remove blind spots, transparent panels behind the driver’s shoulder to improve visibility and left-turn audio to warn cyclists coming up mon the inside of the vehicle.

“We are thrilled to have secured the silver award such a short time after we gained bronze accreditation,” said Dave Woodage, operations director at Cheetah, who has been with the business for more than 30 years.

It has been a massive investment in time for our staff but the news has been well received by our clients who all recognise the need for quality standards. The camera technology not only protects vulnerable road users, but also helps our drivers reduce damage to their vehicles, which has a positive impact upon our insurance costs and bottom line.”

FORS encourages operators to take a more forensic view of their business to identify areas of strength to be exploited and improvements to be made. A successful assessment provides a business with reassurance that their operation is being run safely, efficiently and in an environmentally sound manner.

The FORS logo allows potential customers to readily distinguish those with FORS accreditation from other operators. Users of fleet operator services may also ask their suppliers to become FORS recognised.

Nigel Parkes, managing director of Pallet-Track, said: “We applaud Cheetah for its well-deserved retention of FORS bronze and for it securing the silver accreditation. Both underline its commitment to quality service for its customers and the broader Pallet-Track family. We work in an increasingly competitive market where customers are looking for operators who differentiate themselves on the quality of their offering rather than the ‘race-to-the-bottom’ on price.”