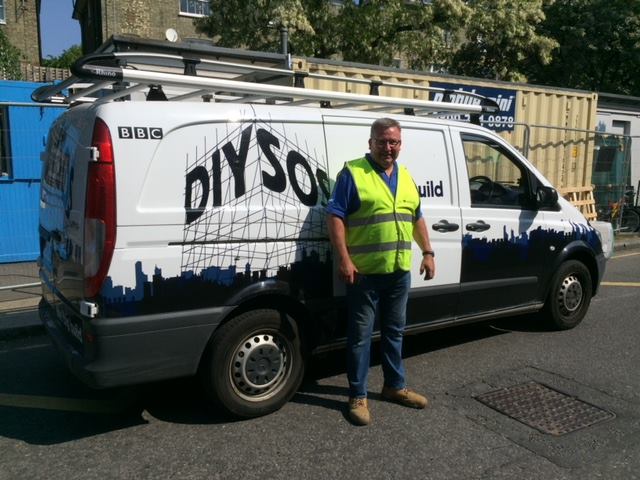 A leading London logistics company has answered the call of hit BBC show DIY SOS to assist in one of the programme’s biggest-ever projects at Grenfell Tower, the scene of the UK’s worst loss of civilian life since World War 2.

ELB Partners, a member of the Pallet-Track network, collected provisions from building suppliers Penlaw in south-east London before taking the 18-tonne truck rammed full of construction products to build a community centre and the Dale Boxing Club at Grenfell, in West London.

All products and services were provided free of charge by the companies, as was the case with hundreds of other London-based businesses and volunteers committed to see the building finished by Bank Holiday Monday (28 May).

“I had always said that I wanted our business to be involved in some way with this build. Ours was a relatively small contribution, but we wanted to play our part in what is a really important and symbolic construction as we approach the anniversary of the tragedy,” said Peter Eason, managing director of ELB Partners, based in Wimbledon.

“We all look back in shock, but we must also all look forward and highlight the positives of rebuilding the community decimated by the events of last June.”

The build is going on in the week the public enquiry into the fire, which claimed the lives of 72 people, opened in London.

The programme, to be broadcast in two episodes, will be shown later in the year.

Nigel Parkes, managing director of Pallet-Track said: “We are very proud of all the volunteers who have taken time to be involved in this important build. Peter Eason and ELB represent the views of millions of people moved by the events of last year and he is fortunate enough to be able to assist in a massive task which will also help re-build and heal a community that is still hurting, as we saw on the opening day of the public enquiry on Monday.”