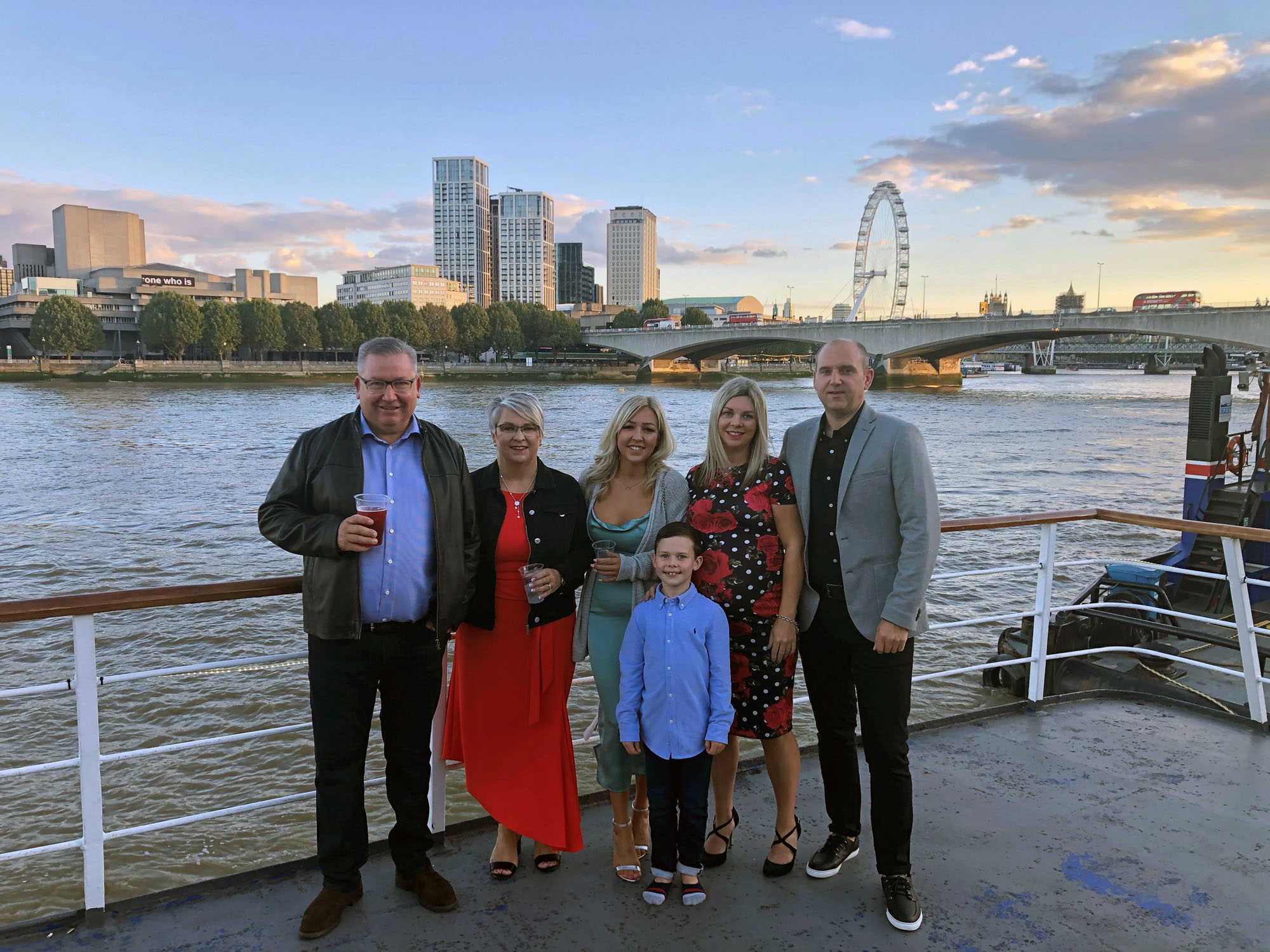 A family-run London logistics company has marked its 50th year of business in style with a cruise along the River Thames – in a boat appropriately called The Golden Jubilee.

Wimbledon-based ELB Partners welcomed around 85 people to the socially-distanced gathering on September 5, which was originally due to take place in June but was postponed due to the national coronavirus lockdown.

ELB was set up by George Eason in 1970 and later taken on by his sons, Peter and Stephen, before Peter took full ownership of the firm at the end of last year.

It was established as a newspaper distributor and was the exclusive foreign newspaper and magazine daily delivery service for The Wall Street Journal, The International Herald Tribune and all of its associated titles.

ELB, which is a member of the award-winning Pallet-Track network, now employs around 60 staff at its sites in Weir Road and Purfleet, Essex.

George died in 2018 and his son Peter, ELB’s managing director, said the occasion was the perfect opportunity to remember his dad.

He said: “It was great to finally get the go-ahead to celebrate our milestone year. We had lots planned for 2020 which we’ve had to put on hold and this is the first thing we’ve been able to do.

“I couldn’t let the occasion pass without raising a glass to our founder and my dad, George, who would have been very proud of how the company is continuing to grow.”

Like many companies, ELB was hit by a drop in business during the early part of lockdown but it has recovered well and is now seeing volumes exceed pre-lockdown figures, thanks to an increase in home deliveries.

Nigel Parkes, founder and managing director of Pallet-Track, said: “ELB is a true family success story and its 50th birthday celebrations are very much deserved.

“To survive and thrive for this length of time in an industry as competitive as ours is testament to the levels of service it has provided over those five decades.”