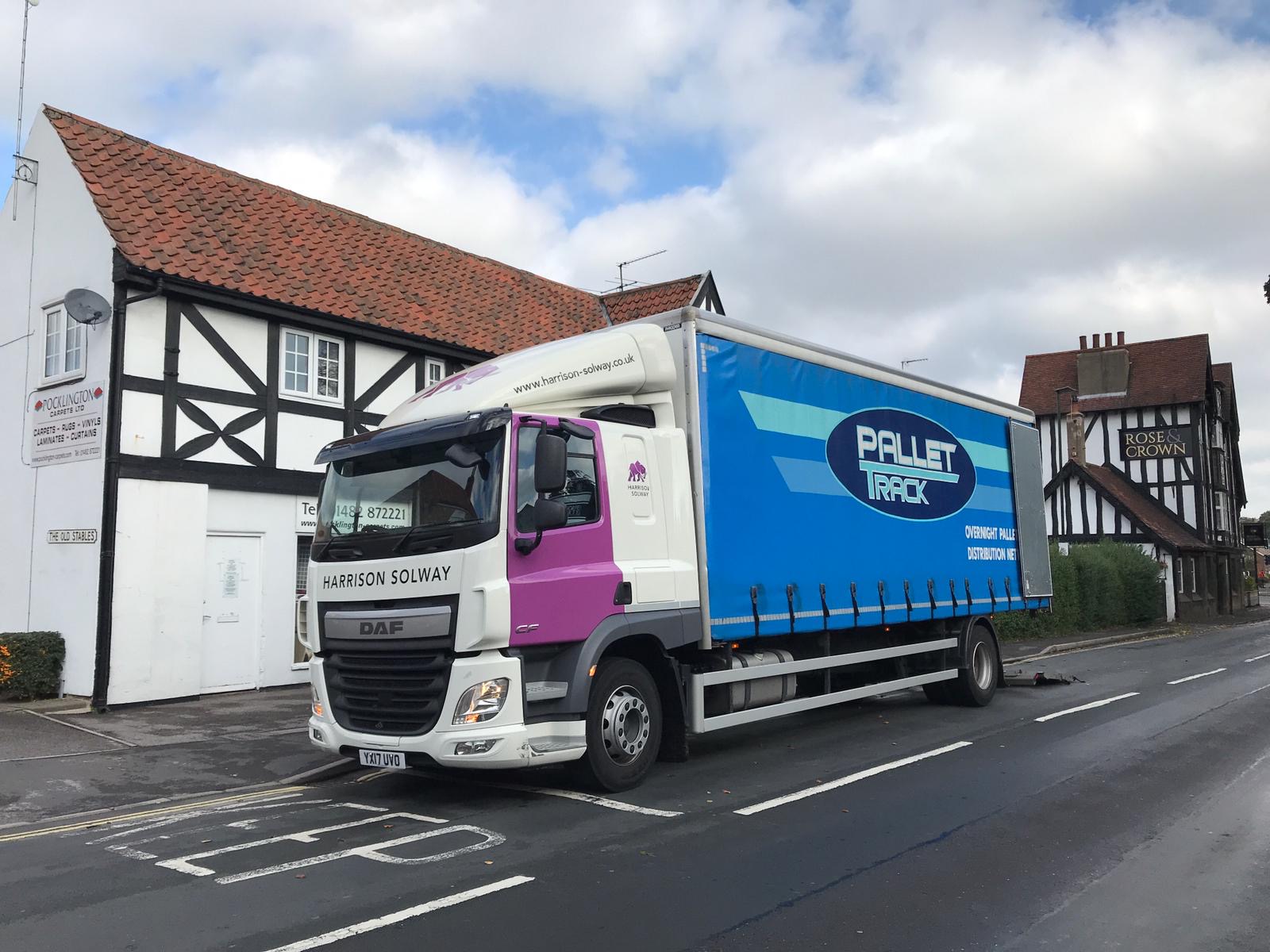 One of Pallet-Track’s inaugural and most-respected network members is determined to go ahead with major celebration plans for its 20th anniversary year – but will hold the champagne corks for a year to mark a real coming of age.

Hull-based Harrison Solway, which proudly displays its purple elephant logo across its expanded fleet of vehicles, is parking its celebrations until 2021 as the business continues its successful trajectory, despite having to work through the challenges of Covid-19.

Apart from the pandemic, the company has also had to cope with serious illnesses to its two founders over recent years along with the sudden death of its operations manager, Kirstie Smith in April due to Covid-19.

Both Paul Harrison and Lee Solway, who built the company from a management buy-out in June 2000, have now been given clean bills of health after taking time out of the business over the past 2-3 years, one for cancer treatment and the other for a serious brain injury.

“It’s testament to the skill and dedication of our fantastic team here at Harrison Solway that despite our illnesses, the business has not only continued unaffected but has actually thrived,” said Lee Solway, who suffered a double bleed on the brain while on holiday in Italy 3 years ago.

“We had plans for a special 20th Anniversary livery for new vehicles on order and a big party for clients, suppliers and our amazing team, but that was all put on hold because of coming to terms with everything that has been going on with Covid-19.  Instead, we are planning on having a big celebration next year for our 21st – a proper coming of age.

“Since we started the business back in June 2000 we have always been in profit – something we have maintained over the last 20 years despite the economy and more recently the impact of Covid-19. In fact, the last 12 months have displayed the best set of numbers we’ve ever had,” added Lee, whose wife Kerry, Harrison Solway’s Finance Director, helped maintain the equilibrium even more so during the last year whilst Paul was absent from the business undertaking intensive cancer treatment.

The business, which has developed a specialisation in the retail sector with BRC and Soil Association accreditation has received the Pallet-Track ‘Scotland and North Depot of the Year’ for the last five years.

It has also secured the network’s Platinum award each and every year since it was introduced by the network for consistently high service levels, maintaining a KPI of 99 per cent and above year on year.  In 2017 the business also received a Special Recognition Award from Pallet-Track.

Looking to the future

The company, which joined Pallet-Track at its inception in 2004, began life with 10 vehicles from the MBO of Hull’s largest palletised logistics provider ‘Akester Distribution’, and in its first year of trading turned a circa £ 500,000 loss making business into profit, a remarkable achievement by anyone’s standards.

Now, with more than 30 vehicles on the road and FORS accreditation, the business is in top health after securing between five and 10 per cent growth year on year.

“We’re energetic and passionate about what we do here at Harrison Solway, an ethos which runs right throughout our team and we’ll carry on doing it” added Lee.  We have partnered the same clients since day one which demonstrates loyalty but also that we understand our clients and partners requirements and will continually adapt to the constantly moving times.  20 years on and we are now partnering some fantastic high street brands and blue-chip clients”.

Nigel Parkes, founder and Managing Director of Pallet-Track said: “Harrison Solway, or Depot 22 as we call them in the network, has blazed a trail for Pallet-Track from day one of operation in 2004”.

“It is an aspirational business that inspires other network members because of its consistent achievement year on year. I’m proud to have Harrison Solway as part of the Pallet-Track family and look forward to the next 20 years.”