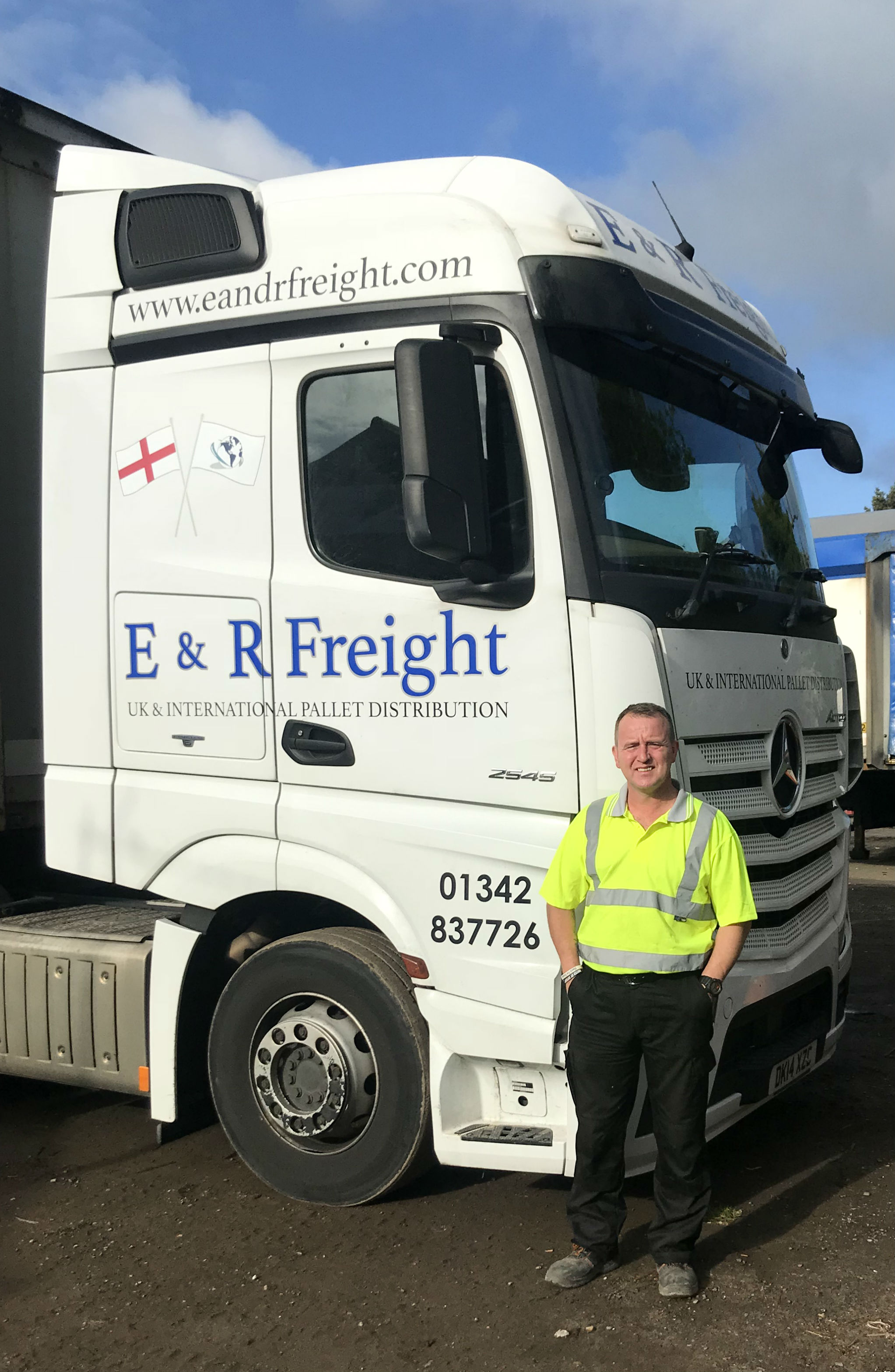 A HGV driver whose swift actions may have saved the life of a man who suffered a suspected stroke says he did what anyone else would have done in that situation.

Steve Donathy was delivering a consignment to a building site on the Wentworth estate, in Virginia Water, Surrey, on Tuesday, April 24, when he found a man, believed to be in his early 30s, prone on the floor.

The former Royal Regiment Fusilier put his Army training to good use, quickly putting the man in the recovery position and calling an ambulance.

Once the paramedics had taken over, Steve continued with his working day – so his employer, Crawley-based haulage firm E&R Freight, is appealing for family and friends of the man to come forward and provide an update on his condition.

Steve, 47, has worked for E&R Freight, members of the Pallet-Track network, for 18 months after spending nearly 20 years serving across the world with the Army.

Describing the events which unfolded, he said: “It was my first drop of the day – I took the pallet off the lorry and walked up the drive to find someone to get a signature from.

“It was then I found the man, who was probably in his early 30s, lying on the floor shaking. He had coffee spilt on him and his eyes were rolling.

“I was trying to get a response from him but he was unconscious.

“I’m ex-Army, so I know how to give first aid. I put him in the recovery position before calling an ambulance.

“I suppose it was instinct. In the Army, you’re trained to help whenever you see anyone struggling. I did what anyone would have done in that position.

“Once the paramedics arrived, I just got on with the rest of my day. They said it was a good job I called them when I did as a stroke needs to be treated quickly.”

Steve returned to the same site the following day on a different job, when he was told the man had spent the night in hospital and was responding to treatment, although no further details were available.

Richard Topping, founder and managing director of E&R Freight, said: “If it hadn’t been for Steve’s quick thinking, the outcome here could have been very different. We’re very proud of him and pass on our best wishes to the man who suffered the stroke.”

Nigel Parkes, founder and managing director of Pallet-Track, added: “Steve’s swift actions may well have made all the difference for this man, so it would be great if we could find out how he is getting on now.”