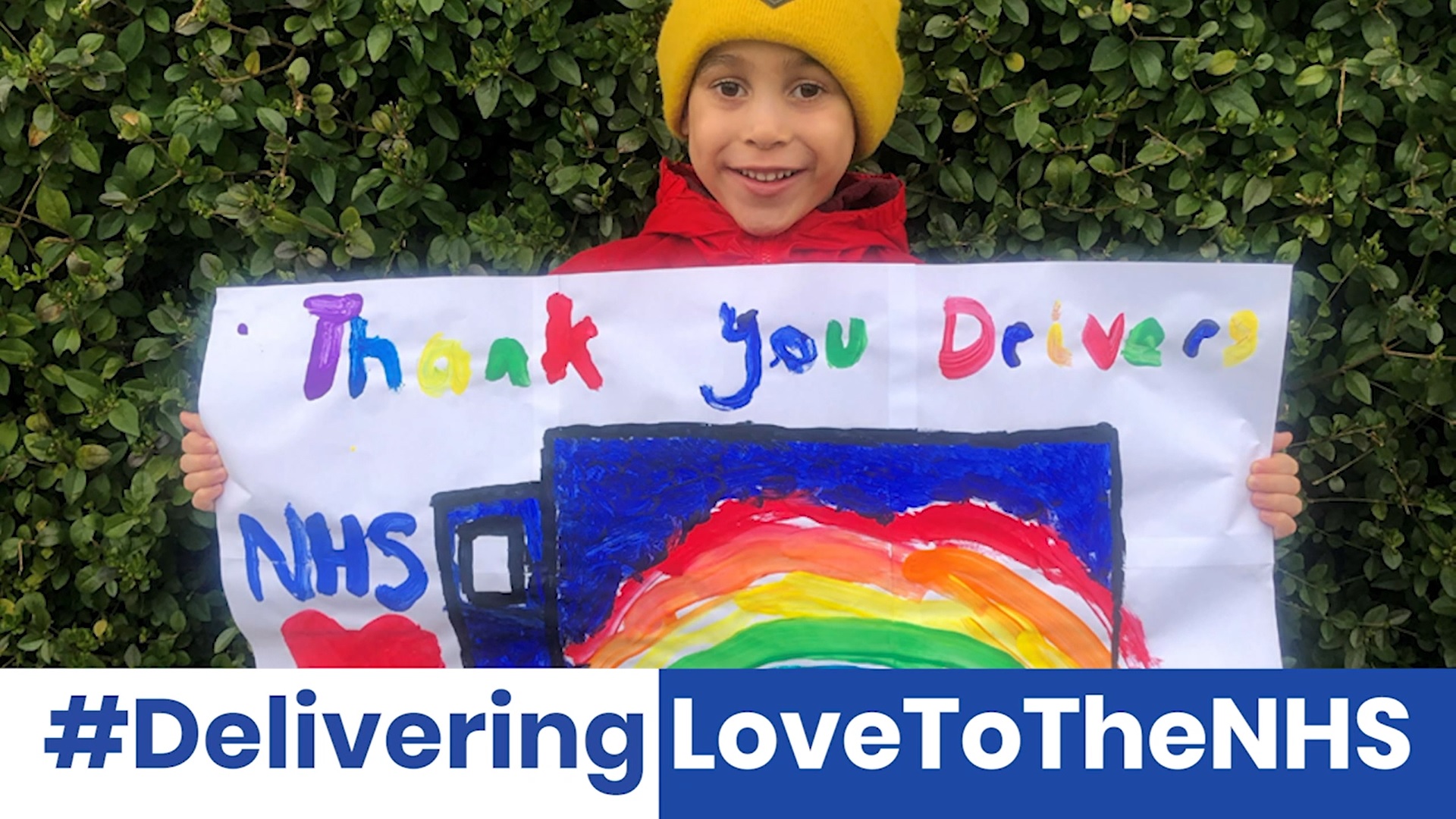 When working mum Kara Buckley turned her day job into an educational project for her six-year-old son, she didn’t expect her home-schooling lessons to take on an uplifting life of their own.

Kara, the senior business development manager for Pallet-Track, decided to personalise Luca’s kitchen table learning as part of a local community initiative to show their support for front line workers during the coronavirus pandemic.

Alongside their neighbours, Luca painted the rainbow symbol of support for the NHS, but with a personal twist on other front line workers, especially truck drivers working for Pallet-Track members who have been delivering vital equipment into the NHS, including the new Nightingale hospitals.

“He has always known that mummy works with trucks and wanted to include one of these in his painting,” said Kara.

“There have been hundreds of creative children all over the country displaying their rainbow art in their windows – it has become a symbol of support for people wanting to show their solidarity with NHS workers on the front line.

“Like many parents, I am working from home and juggling home-schooling and this was a brilliant way for us to do something together creatively. It also gave me the opportunity to explain to Luca how important trucks are, not only to mummy but to the nation.”

Kara posted her photo of Luca on social media with his rainbow truck using the #DeliveringLoveToTheNHS hashtag, not only thanking the NHS, but also the essential drivers in her own industry.

The campaign has since gathered its own momentum, with dozens of other children posting their images, some of which have now been curated into a #DeliveringLoveToTheNHS animation which includes front line network member drivers.

“This has been a very confusing and scary time for Luca and other children, so the rainbow painting activity has been a fantastic way to bring local communities together, contributing to the well-being of us all as a country, with a very special message to our NHS,” added Kara.

Kara really has hit the ground running, only joining the Pallet-Track network in March.

“I am very proud of my son Luca and all the other contributors. Their message really did make a difference to the drivers, especially as Pallet-Track members have been working with the NHS delivering vital medicines and equipment as part of a major national initiative.

“The support for the drivers has been wonderful and they have been very grateful to the children for their rainbow truck pictures, cheering them on at a time when they need it the most. The #DeliveringLoveToTheNHS animation is a connection to the children and the drivers pulling them together to say thank you to our incredible NHS,” she added.