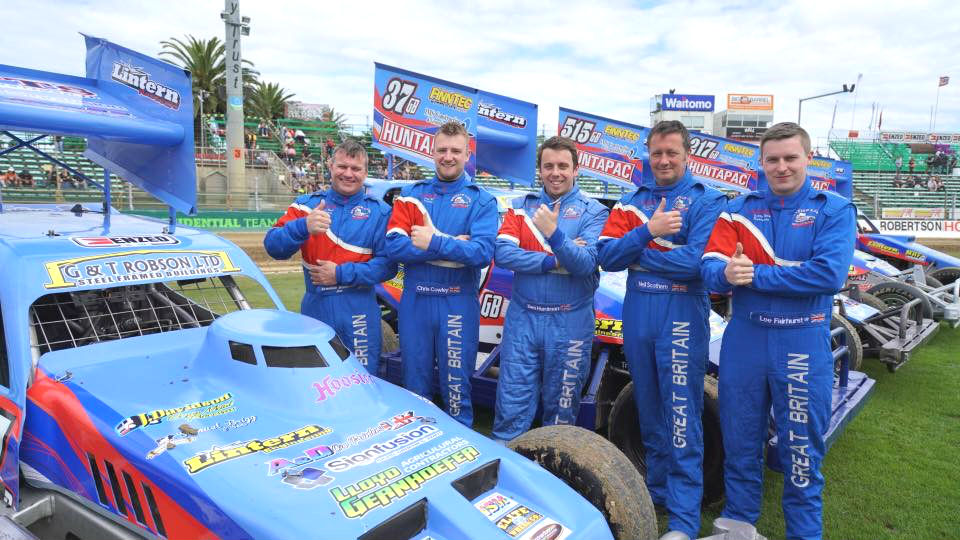 A transport boss with an adrenaline-fuelled way of relaxing outside of work has taken his racing passion to the other side of the globe.

Neil Scothern, who runs Viking Transport in Derby, part of the Pallet-Track network, has been a regular competitor in the BriSCA F1 Stock Car championship over the last 30 years, which features fender-bending, full contact racing on short ovals around the UK.

But the 47-year-old’s hobby isn’t limited by these shores – recently, he visited New Zealand to take part in their version of the championship for Team GB.

The Kiwis are huge fans of stock car racing, which is second only to Rugby Union in the popularity stakes.

The cars adorn the walls of bars in the same way our sporting heroes do in the UK, with a sold-out crowd of 20,000 people watching the event – the NZ Superstocks Team Championship –  at the Palmerston North Rugby ground.

Neil and the rest of the team made it to the semi-finals, when gearbox failure on one car and a roll for another put them out of contention for the overall crown. 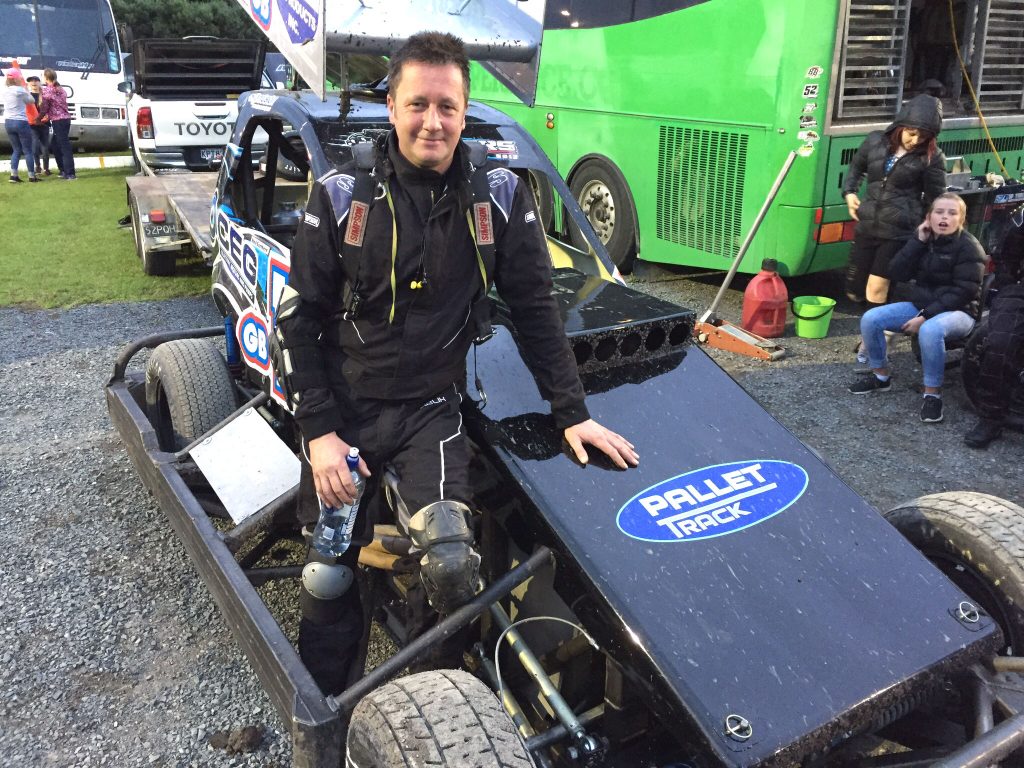 Neil, who has worked at the Pallet-Track shareholder member since 1994, said: “I’ve been to New Zealand six times now and it is a really good place to race. Stock cars are second only to Rugby in popularity and the event was sold out a year in advance.

“The event brings in £5m to Palmerston because all the hotels are booked up. And there are always ex-pats in the crowd, so we know we have a number of followers.

“We’re a shareholder member of Pallet-Track and I have the logo on the car as a badge of honour!”

The UK season starts in March with races at Belle Vue in Manchester, King’s Lynn, Skegness and Stoke-on-Trent – and Neil has signed up for several meetings in the Netherlands too.

“There are 52 meetings a year in the UK and running a transport company means it’s very difficult to commit to them all but I will be on circuit as often as I can in 2018.”

Nigel Parkes, founder and managing director of Pallet-Track, said: “As a big motorsport fan myself I follow Neil’s racing with interest.

“It’s always great to see the Pallet-Track logo proudly displayed on his car and we’re certainly wishing him all the best for another successful season.” 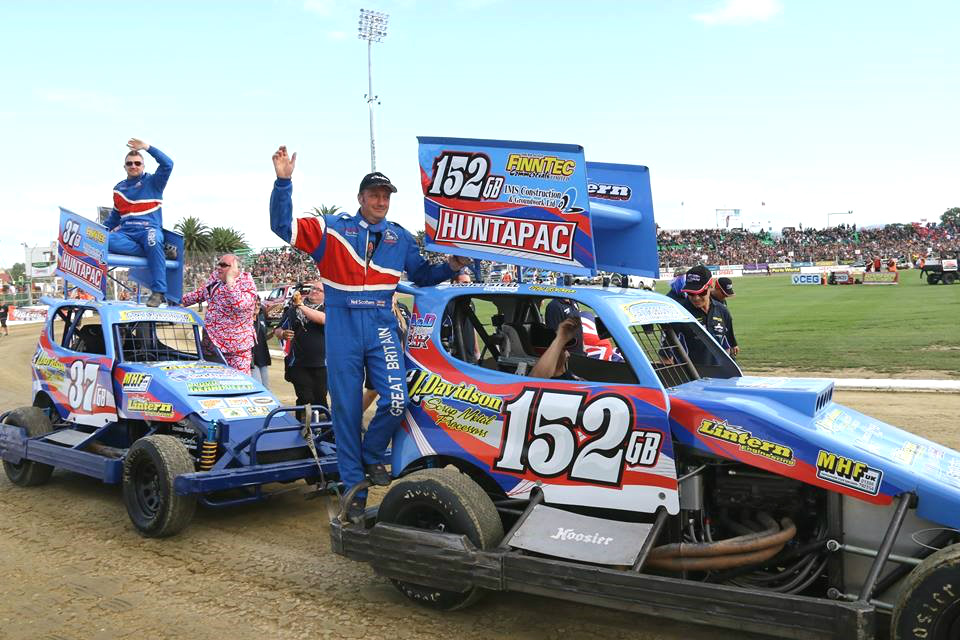