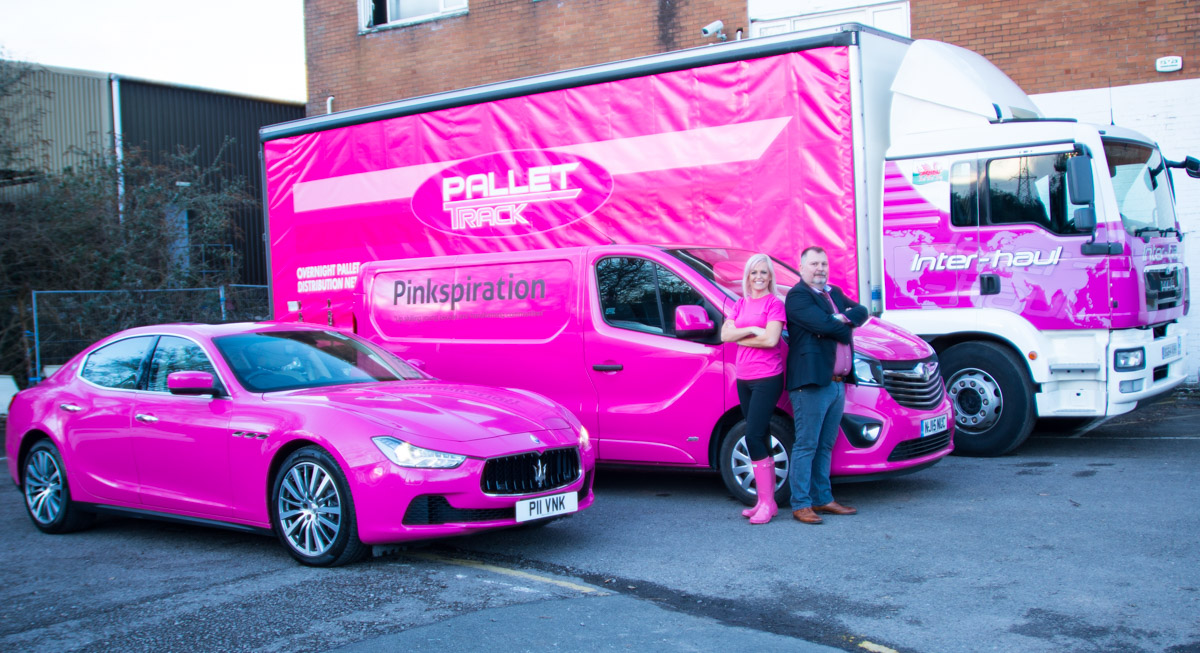 The traditional blue logo of Pallet-Track has been replaced by a bright pink livery on the side of one of its founder member’s vehicles as part of a nationwide campaign to promote HGV driving as a career for women.

Inter-Haul, based in Treforest, South Wales changed the livery to tour the UK highlighting the fact that of the 400,000 HGV drivers in the UK, only eight per cent are women.

The campaign, launched on International Women’s Day (8th March) to mark 100 years of women’s suffrage, brings together Inter-Haul and Pinkspiration, an organisation dedicated to inspiring young people and changing communities.

The message of the campaign – to work collaboratively to create a pipeline of talent to plug the skills gap in the freight industry – highlights the fact the industry must look beyond the usual gender stereotypes. 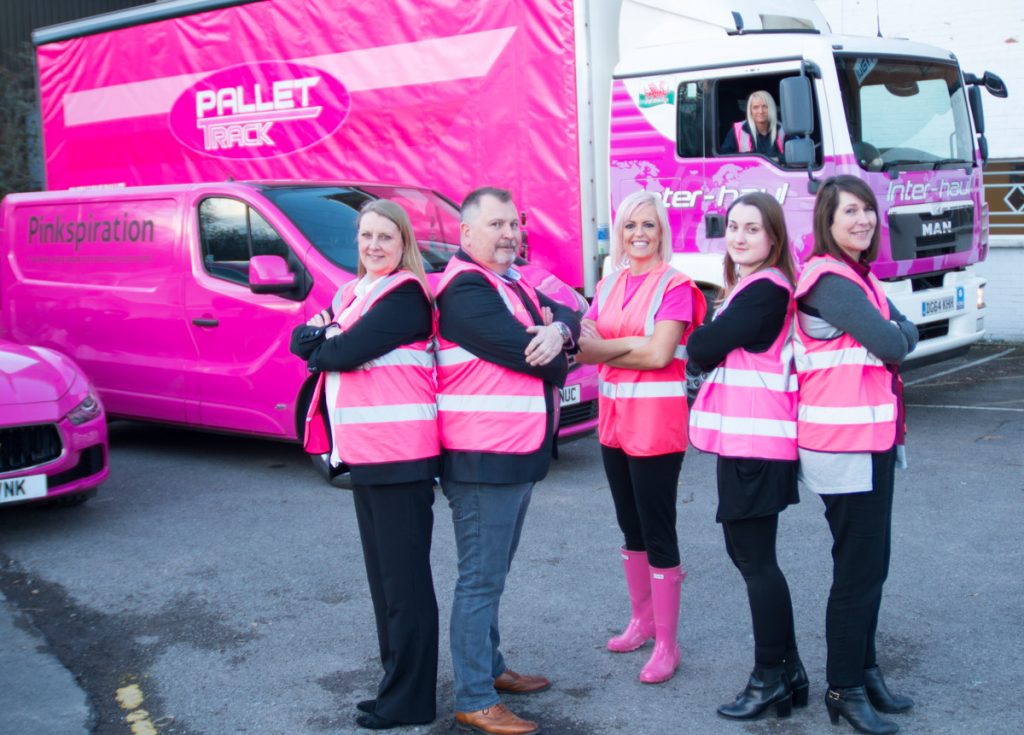 Mark Waite, a director at Inter-Haul and a non-executive director of Pallet-Track, said: “Inter-Haul is excited to launch the first pink truck, opening the doors for opportunities and jobs for females within the sector so that they can gain valuable career progression and prove that haulage is not just for boys!”

Lisa Marie Brown, who founded Pinkspiration in 2011, said: “We are delighted to work on this joint venture with Inter-Haul who are leading the way and proving there are real opportunities to progress careers for women in the sector.”

Multi award-winning Pallet-Track supports the drive as it continues to buck the global trend by having more female representatives at board and senior managerial level than many other comparable businesses.

According to figures by leading accountants Deloitte in its annual Women in the Boardroom Report, only 15 per cent of board seats are taken by women globally, despite the fact that they represent 50 per cent of the world’s population.

Although a steady improvement was noted over the last five years of the report, only four per cent of CEO chairs globally are occupied by women.

But the Wolverhampton-based logistics network has well and truly subverted the report by having no less than 25 per cent of its eight-strong board made up of women, which is even more noticeable in a traditionally male-dominated sector. 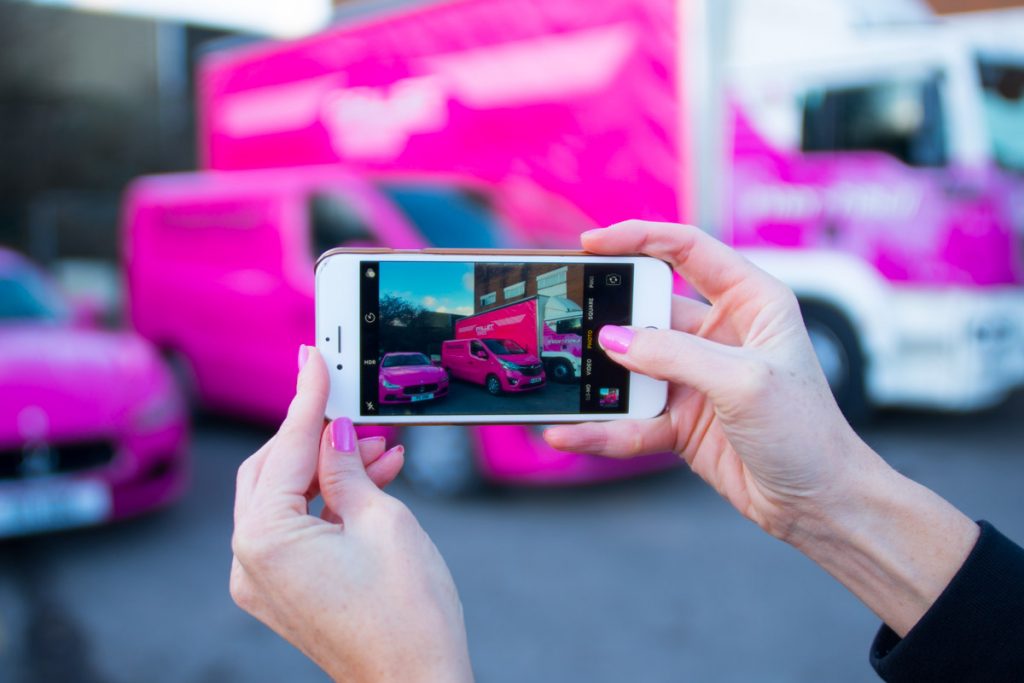 The business, founded in 2004, has always put diversity at the heart of its HR strategy and actively encourages more gender equality including getting more women behind the wheel in bid to plug the skills shortages in HGV drivers.

There are more than 50,000 driver shortages and only two per cent of current drivers are women. The crisis is also deepening in terms of losing experienced drivers, with the average age being 53.

In addition to Inter-Haul, two other Pallet-Track family member companies have trained young female drivers to get behind the wheel, a move supported by founder and managing director, Nigel Parkes.

“The driver shortage is another issue where women are proving their mettle. We have a number of members where women are being trained as HGV drivers and are now comfortably and confidently getting the behind the wheel of 44 tonne trucks, and doing a great job.” 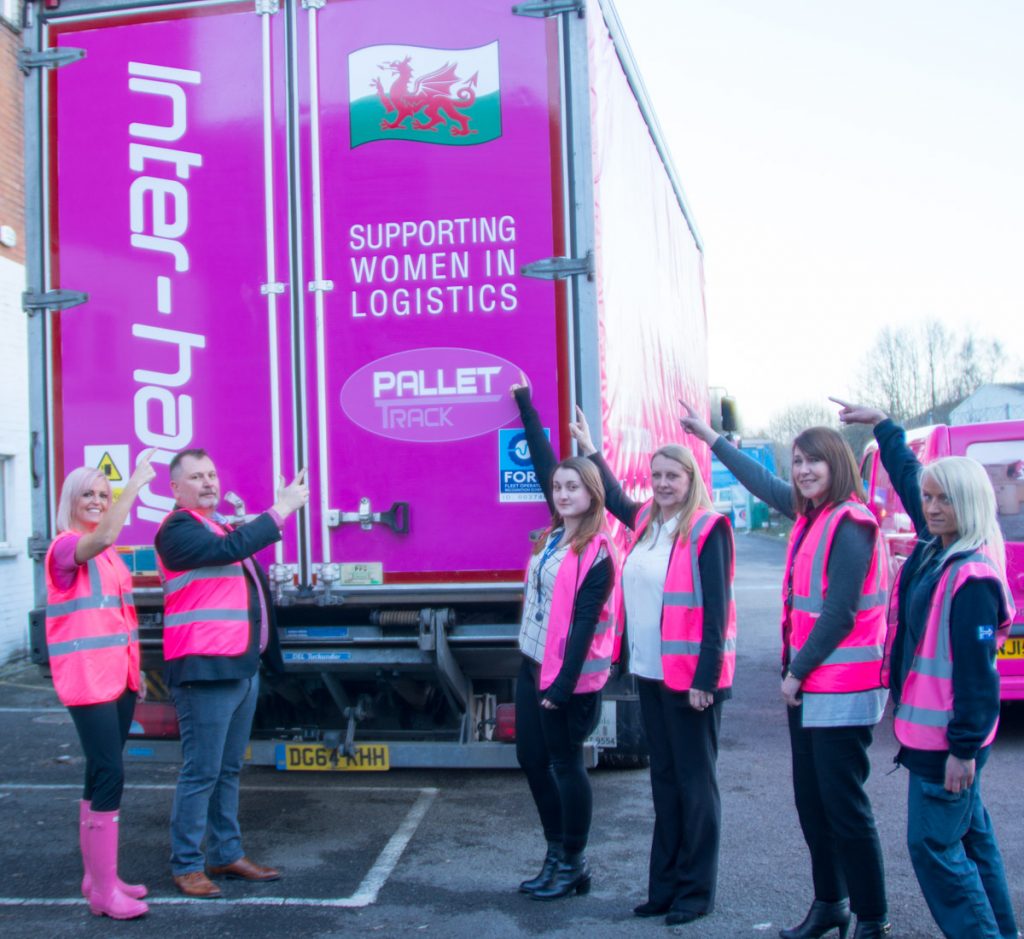