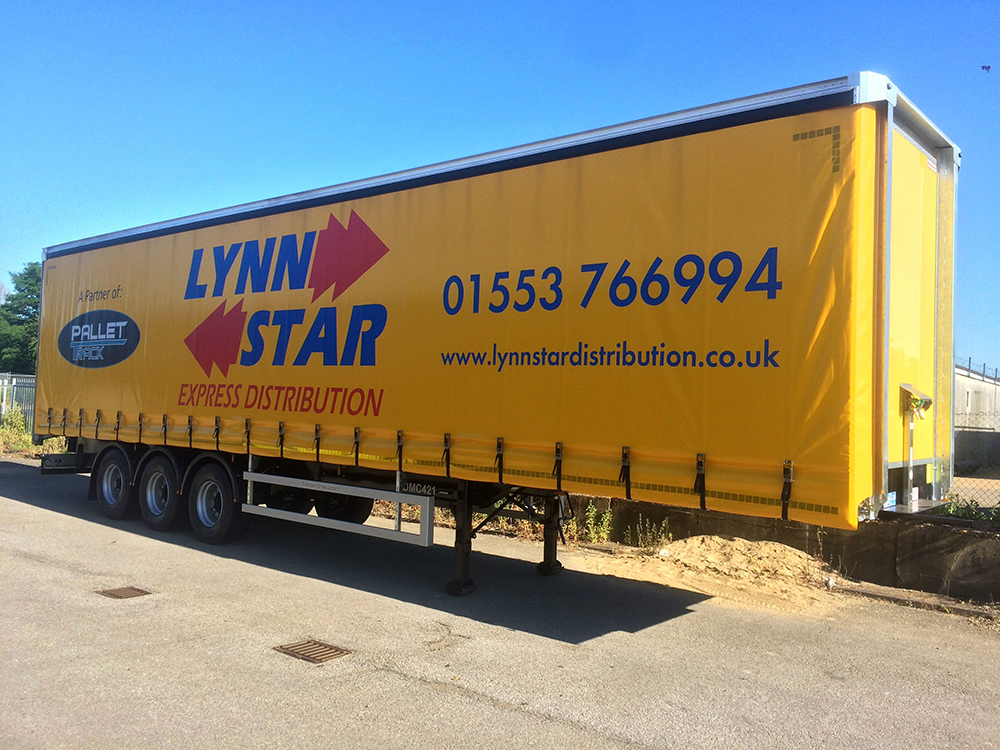 A family-run logistics business is looking to a greener, cleaner and less costly future for the next generation after a successful trial involving LPG (Liquid Petroleum Gas) on one its vehicles has resulted in an almost 18 per cent reduction in fuel costs and the halving of its NOx (Nitrogen Oxide) emissions. Lynn Star Haulage and Distribution, a member of the Pallet-Track network based in Kings Lynn, Norfolk, has been trialling the so-called ‘friendly fossil fuel’ on a 44-tonne Leyland DAF CF 460 FTG, 6×2 unit pulling a tri-axle trailer for the last two months.

Over that period, Lynn Star, which covers the East Anglian postcodes for Pallet-Track, has been independently verifying the performance of the ‘65 plate registration EURO6 engine tractor in a number of challenging scenarios to gather an all-round performance picture.

Managing director Sherridan Dowan said: “We have been looking at this trial from a commercial and environmental point of view, and have been very excited by the findings so far. Across a range of conditions, we have recorded an average of 17.9 per cent savings on fuel, a 13 per cent reduction in CO2, and a staggering 49 per cent cut in NOx.

“On a vehicle that averages 9.5 miles to the gallon, this would result in a six-figure saving for the business across an entire fleet over the year, as well as reducing our carbon footprint, which as a family business is important when we are thinking about the next generation.

“We are still looking at the figures and trying some more trials to see what other modules we can employ – roof deflector technology, driver training and changes in tyres, for example – but I am confident we can improve the figure further to around 20 per cent fuel savings over the next 12 months.”

The trial has been welcomed by Pallet-Track managing director Nigel Parkes, who said: “The team at Lynn Star are to be applauded for their innovation and forward-thinking. The industry faces a number of challenges going forward, not least the restrictions on diesel engines in major conurbations such as London where from next year businesses will face a £100 levy each day they bring a diesel truck into the ULEZ (Ultra low Emissions Zone) area.

“The trial also proves that looking after the planet and the profits are not mutually exclusive – they are one and the same thing. You can have greener vehicles and save money, a fact that many businesses too often fail to notice

Parkes added: “We are lucky in that across our 83 operating members, we see innovation and best practice every day as those enterprising companies rise to the challenges placed in front of them. As largely family businesses, they are looking beyond next week and next month, and instead focussing on a long-term legacy for the next generation who follow in their stead.”

By its own website admission, Lynn Star has been providing flexible, quality logistics solutions for more than 25 years, and is ‘continually striving to enhance, improve and develop the range of services offered’ – the move to LPG being the latest evolution of that promise.

For more information, contact John Wilson at Newsline PR on 01926 888308 or john@newsline-pr.co.uk