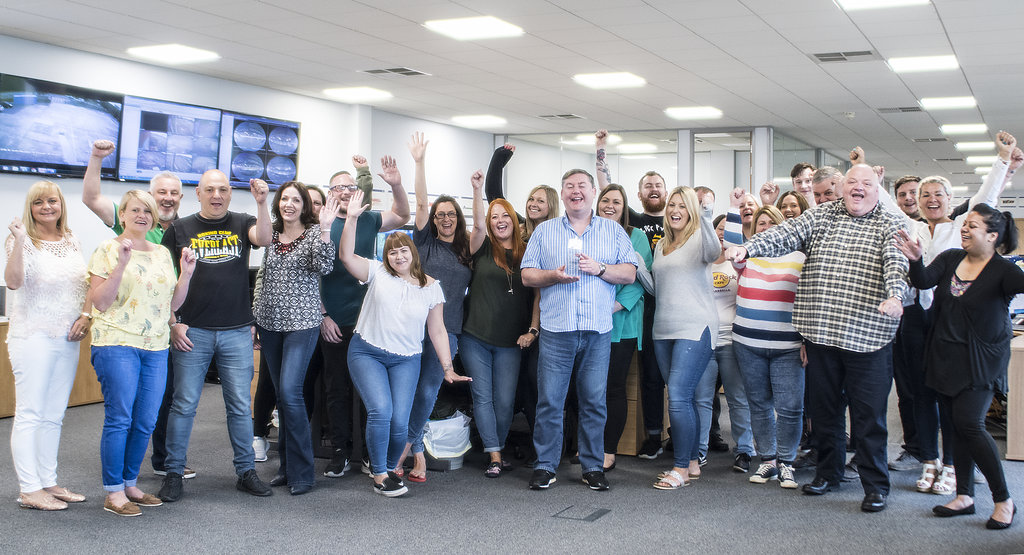 Award-winning logistics company Pallet-Track has returned strong results for the financial year 2017-18 after scooping a host of industry plaudits during the same period.

In a year where it was voted one of the UK’s fastest growing companies by the Sunday Times, as well as one of Britain’s most inspiring businesses by the London Stock Exchange, the Wolverhampton-based pallet network posted an almost seven per cent increase in hub revenue while gross profits increased to 64.1 per cent during 2018, up from 61.9 per cent the previous year.

The firm, which this month became Business of the Year in the Express and Star Business Awards, continues to invest to support increased activity and last year opened a Northern Hub near Wigan, to support its ambitions as part of the Northern Power House, all of which has reflected in its financial performance.

The company’s executive statement says: “Results are in line with the expectation of the board, and the board will continue to invest in the development of the company. The company is in a strong financial position to be able to develop and fund future investments.”

Pallet-Track, based in Millfields Road, Wolverhampton, was founded in 2004 and has recorded year on year growth for the last 14 years, even during the economic downturn, post 2009.

The £84.6 million turnover business, which comprises 86 member companies, has handled in excess of 22 million pallets and has never lost a single consignment from its 267,000 sq ft Wolverhampton hub or at its two newer hubs in Greater Manchester and Welwyn Garden City, servicing London.

Pallet-Track founder and managing director Nigel Parkes, said: “This has been a fantastic 12 months for Pallet-Track. Our financial results reflect steady growth in a tough sector continually tested by low margins and volatile fuel costs.

“We do not engage in the race-to-the-bottom cost approach – there are never winners here. Instead, we differentiate ourselves on a quality service-driven offer, which is why we continue to deliver the goods – literally and metaphorically.”