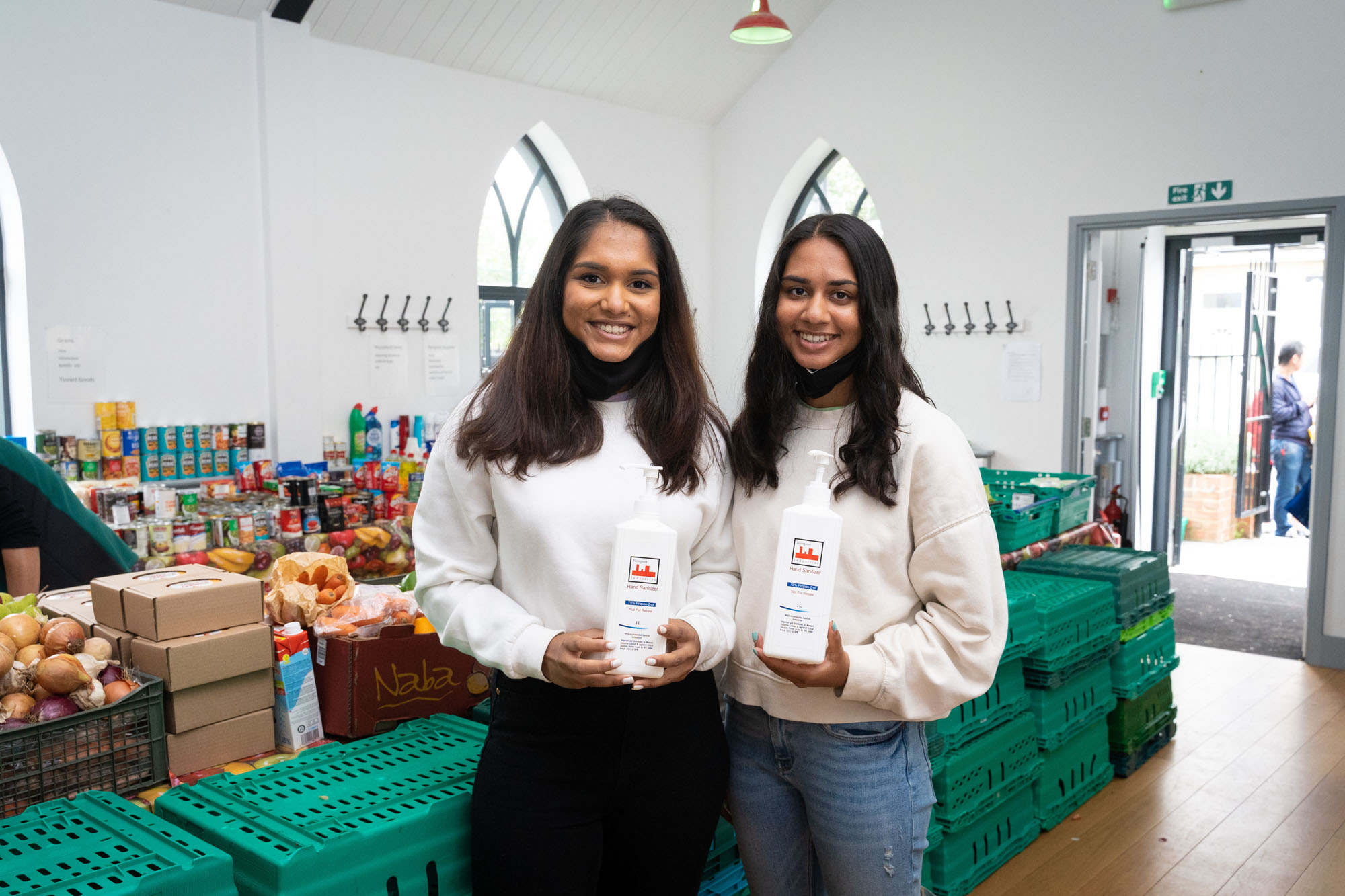 Aptly-named Cheshire-based logistics business Revolution Transport has come to the aid of three inspiring teenagers in their bid to make a difference with the launch of a £100,000 charity project to provide 10,000 free hand sanitisers to food banks nationwide.

The Warrington-headquartered business, part of the award-winning Pallet-Track network, became involved with the project, the brainchild of sisters Anushka and Anika Patel and their younger cousin Sasha Mehmet, through its customer, Newport Industries Ltd.

The young women realised that Newport Industries, a niche distributor of chemicals around the world and owned by Anushka and Anika’s father, was perfectly placed to offer its manufacturing and distribution expertise to foodbanks by distributing free hand sanitiser.

After reading that some foodbanks had more than 3,000 extra people requiring support each day, the girls decided to spend the time they had planned to spend in summer internships and work experience placements directly tackling the crisis on the ground.

The girls researched both nationwide and independent foodbanks to gain an understanding of the help needed in each area and have targeting locations in London, Yorkshire and Liverpool, support that will be directly helping more than 35,000 people.

Revolution Transport provided the storage of the products as well as managing the distribution of the hand sanitisers to all the participating food banks across the UK free of charge. 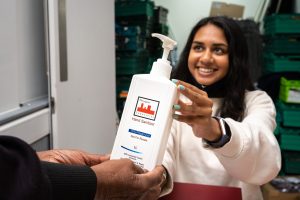 Mark Davies, warehouse manager for Revolution Transport, said: “We were delighted to help with this project set up by the girls at such an important time. We had the capacity and bandwidth to assist both in the free storage and distribution direct to the front-line volunteers and those in need.”

Jaspreet Deusi, logistics manager for Newport Industries Ltd, said: “We have a really good relationship with Revolution and they have been amazing throughout this helping us with targeted distribution across the UK.”

The campaign was launched this month (September) with the first hand sanitisers hand delivered by the team to Bounds Green Food Bank in London.

Anika Patel, 17, said: “During lockdown we spent a lot of time watching the news and seeing that the demand for food banks had increased. At the same time, our dad, who works in the chemical industry, was receiving multiple phone calls a day asking for specific components needed to make hand sanitisers.

“The price of the components had risen by tenfold which then increased the prices of the hand sanitisers themselves. This led us to propose the idea of bringing in hand sanitiser and donating them to food banks and people who need it most.”

Anushka Patel, 19, added: “We researched which areas had higher coronavirus rates than the rest of the country, and also which areas had been badly hit by the increase in unemployment. It was important for us to help as many different groups of people as possible, which is why we contacted a variety of religious groups who were also helping their local community.

“We have also tried to contact a number of independent food banks, who may have not received as much funding and donations throughout the pandemic.”

Nigel Parkes, founder and managing director of Pallet-Track, said: “It is always inspiring to see young people going the extra mile to help others and both Pallet-Track and Revolution Transport were delighted to harness that enthusiasm and help make a difference at food banks across the UK.” 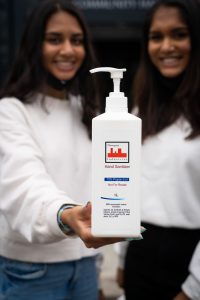