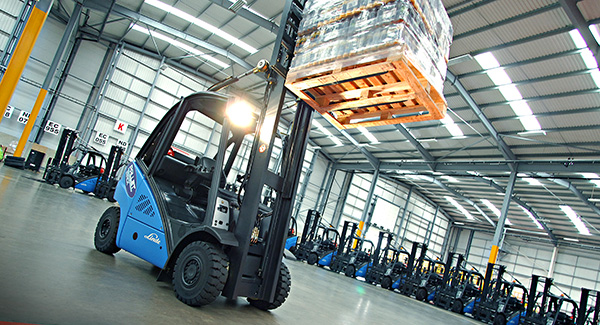 That’s some milestone to mark a decade of freight distribution, but it’s one that is unequalled in the palletised freight industry and one about which Wolverhampton’s Pallet-Track is shouting loud and proud as it counts down to 2014 and its 10th anniversary.

There’s more, despite five of its 9 years existence containing one of the worst economic downturns of a generation, this company has recorded double digit growth from its giant 267,000 sq ft distribution centre in Millfield Road.

It has also consistently broken movement figures, including its shipping 9,000 pallets in just one evening.

Pallet-Track has been a record breaker and an industry leader from the start.
Rooted firmly in the heart of the Black Country, the overnight palletised freight distribution network was established in Wednesbury but quickly expanded into its state-of-the art Titan Distribution Centre.

Originally with 8 staff and an inaugural 45-shareholder members, the network now has over 70, having grown faster than any of its competitors, with more than 100 employees and combined group turnover of £60 million pounds the company now handles an average 8,000 pallets nightly.

From 5 forklifts the fleet now stands at 46, each one carrying specialised efficiency-boosting features, which have resulted in the industry’s lowest damage rate.

The network’s IT investment has also been critical to its market leading position. From the very first night in 2004 it has used barcode labeling and has run ahead of its competitors by building a real time web-based operating platform for shareholder members as well as pioneering a program which enables members and customers to view completed proof of deliveries on line.

Managing Director Nigel Parkes commented: “Pallet-Tracks investment in IT is fundamental to growth and we have several new operating systems that will be completed for 2014.”

But it’s not the techno wizardry or the machines at the very heart of Pallet-Track’s success. It’s the people.

“We win business because we offer a great service at a reasonable rate and we pride ourselves on working hard to get the products safely and securely to where they need to be.
“These are strengthened by our ‘get it right first time’ and no-loss policy, which brings not only repeat business but new business partners, promoting expansion and pallet volume.”
Pallet-Track offers: Next day delivery, economy delivery, time specific collection, morning/afternoon delivery, Saturday delivery, tail-lift delivery, worldwide delivery.